An article of faith among cryptocurrency enthusiasts is the promise of digital currency to extend banking services to people around the world.

As cryptocurrencies gain adherents on Earth, companies and universities are conducting tests to figure out how to perform cryptocurrency transactions in space and share data via satellite.

Blockstream Satellite of Victoria, British Columbia, broadcasts Bitcoin data day and night over the vast majority of Earth’s inhabited areas. With rooftop satellite base stations, customers can keep tabs on Bitcoin transactions and broadcast their own brief messages.

In contrast to the internet, which is expensive or unreliable in some parts of the world and inaccessible in others, Blockstream Satellite offers “an opportunity to provide near-blanket coverage of the planet,” said Chris Cook, Blockstream chief information officer.

Blockstream Satellite broadcasts over Intelsat’s Galaxy 18, Eutelsat 113 West A, Telstar 11N and Telesat Telstar 18V. The company is currently working to fill a gap in its coverage over Eastern Europe and the Middle East.

Like Blockstream, Singapore-based SpaceChain sees the terrestrial internet as a weak link in cryptocurrency networks.

SpaceChain is working with Spire to conduct a series of on-orbit demonstrations. After initially testing SpaceChain software on a satellite in Spire’s existing Lemur constellation, Spire plans to launch a SpaceChain payload on a new satellite equipped with Spire’s Sabertooth supercomputer.

SpaceChain has launched five blockchain nodes to store and verify transactions. In August, SpaceChain’s Ethereum node was installed on the International Space Station, where the company is conducting tests to ensure the node can perform secure transactions.

“We believe that blockchain-based digital assets will be the next generation of finance and will become one of the key value-transmitting vehicles across the word,” said Zee Zheng, SpaceChain co-founder and CEO.

To help customers connect with space-based nodes, SpaceChain is developing hand-held satellite phones. Customers will be able to send and receive cryptocurrency anywhere they can access a satellite signal, Zheng said.

Onyx by J.P. Morgan, the banking giant’s blockchain and digital currency organization, announced in February that it was the first bank to transfer value in space through a digital token and smart contracts. Smart contracts are computer programs tied to cryptocurrency accounts that can automatically pay an invoice, for example, once the program verifies that goods or services have been delivered.

This article originally appeared in the November 2021 issue of SpaceNews magazine. 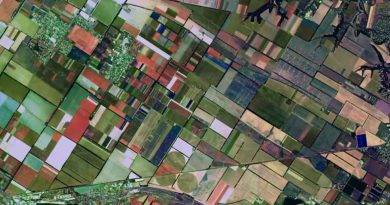 ADA Space raises $55.6 million in Series B round – SpaceNews 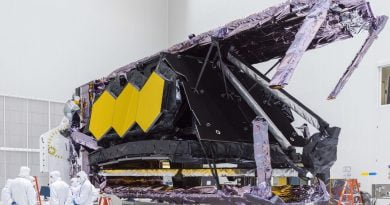