NASA is delaying launch of the James Webb Space Telescope for at least four days, from 18 December to at least 22 December, after a high-tension “clamp band” designed to help secure the telescope to the upper stage of its Ariane 5 rocket suddenly released, giving the costly observatory an unexpected shake.

The incident occurred 9 November during pre-flight processing at the Ariane 5 launch site in Kourou, French Guiana, but NASA did not mention the setback until announcing the launch delay in a 22 November blog post.

The agency said an “anomaly review board” had been formed to assess the incident, find out what caused the clamp band to release and to determine if any of the observatory’s mechanisms or sub-systems might have been damaged or shaken out of the precise alignment needed for smooth operations.

“That clamp band came off and came off in a way that the clamp band is not designed to come off,” NASA science chief Thomas Zurbuchen told reporters during an unrelated news briefing. “It was an anomaly, and of course when you work on a $10 billion telescope, conservatism is the order of the day.”

Zurbuchen said engineers are assessing “a small number of subsystems” and plan to carry out functional tests “just to be sure that nothing happened.”

“So that’s what we’re working on, that’s why we need just a few extra days,” he said. “We’ve always said that we will launch this telescope when we’re absolutely ready to go. … I hope in just a few days here we will be in good shape.” 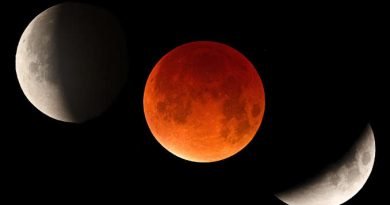 Looking back at the space shuttle Challenger disaster