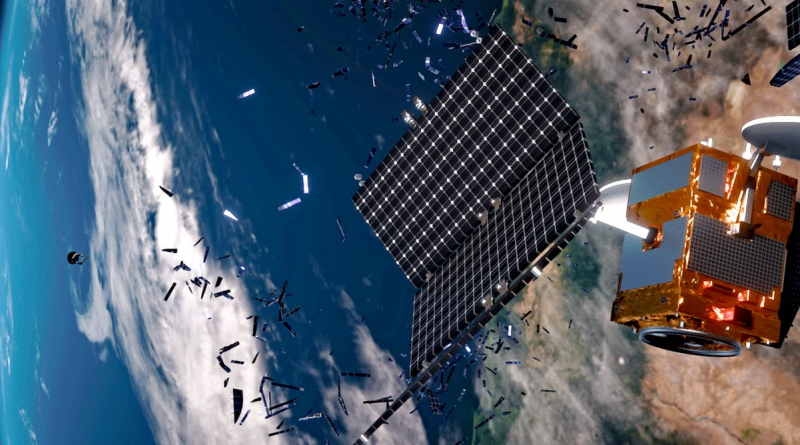 
Why is debris a problem?

Regardless of the cause, space debris is a serious problem.

Larger pieces are easier to track and avoid but it’s difficult to track pieces smaller than 4 inches (10 centimeters). Even small debris can still pose a major threat though. Space debris is often traveling faster than 17,000 mph around the Earth. At that speed, pieces of debris could destroy any spacecraft or satellite it collided with. In the 1980s, a Soviet satellite broke up as a result of a suspected debris strike.

More worrisome is the danger debris poses to crewed space missions. In July 2021, one of the International Space Station’s robotic arms was struck by a piece of debris that put a 0.2-inch (0.5 cm) hole clean through a part of the arm. While the damage did not need to be fixed, officials characterized it as a lucky strike – if it had struck a different part of the station, the situation could have been a lot worse.

Space debris is also a significant threat to people on Earth. Satellites play a vital role in the global economy through GPS, communications and weather data. If services such as these were disrupted, there would be significant economic cost. One study found that a GPS outage could cost the U.S. up to $1 billion a day.

There are currently thousands of pieces of space junk circling the Earth, with sources as varied as old rocket bodies, dead satellites, debris from previous collisions and tests, and lost items from astronauts. The problem – like with the environment – is that there is little incentive for individual countries to avoid generating debris or clean it up.

The amount of space debris has only increased over time. For years, scientists have been warning about the possibility of a collision cascade. As the amount of debris increases, the chance of collisions between it and other satellites and debris also goes up. More collisions might then leave certain orbits completely unusable. While this could take decades to play out, events like the Russian test will only make such an outcome more likely.

What to do now?

In the short term, little can be done to mitigate this new cloud of space debris, but anyone with anything in space is on high alert to avoid it.

The U.S. government and commercial companies are tracking the new debris, and the crew on the International Space Station have been ordered to keep certain modules closed off as they continue to pass through the debris cloud. As the new debris spreads out and the pieces are tracked, station controllers will have a better understanding of the danger posed to the crew.

In the long run, experts recommend working on global solutions to remove debris. This includes taking measures to prevent debris in the first place and removing debris that is already in space. Several governmental and international organizations have proposed ways to prevent new debris, but these are informal and not legally binding.

Remediation is a tougher challenge. Technology to remove debris has not yet been fully developed, but even still, its deployment is a sensitive subject. The same technology that might be used to remove a piece of space junk could also be used for attacking a satellite. This dual-use technology poses challenges, as it can raise suspicions that countries are testing anti-satellite weapons under the cover of debris removal.

Despite the difficulties, there is growing international recognition that space debris is a dangerous problem. A consortium of private companies recently created the Net Zero Space charter to reduce debris, and the U.S. Space Force is looking for ways to combat the problem as well. While the world still does not yet have a full understanding of Russia’s actions, this event is a wake-up call on the importance of efforts to reduce pollution in Earth’s orbit.

This story was originally published with The Conversation. 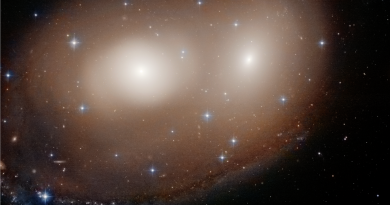 Looking for galaxies in all the wrong places