TAMPA, Fla. — Intelsat and SES have beaten a key regulatory deadline for clearing C-band spectrum across the United States, unlocking more than $2 billion in combined proceeds from the Federal Communications Commission.

The satellite operators, which hold the largest share of the 500 MHz C-band in the U.S., said the FCC has validated the completion of activities necessary for vacating a 120 MHz swath of the spectrum by Dec. 5, under Phase I of the regulator’s accelerated schedule.

“Over the past two years we have worked tirelessly to quickly clear spectrum while also carefully transitioning our customers’ services, and we are incredibly proud of what we have accomplished,” SES CEO Steve Collar said in a statement.

“This was a tremendous undertaking, and our success reinforces our confidence in our ability to meet the FCC’s Phase II deadline in 2023.”

C-band holders in the U.S. are in line to receive $9.7 billion in total for clearing 300 MHz of the band for terrestrial 5G wireless operators by Dec. 5, 2023, by moving customers to the upper 200 MHz of the band.

Intelsat and SES are set to get $4.9 billion and $3.97 billion, respectively, under the FCC’s plan.

However, SES is disputing Intelsat’s share of the proceeds in legal action taking place at Intelsat’s bankruptcy court.

SES is one of Intelsat’s largest creditors in its Chapter 11 process, complicating the operator’s restructuring plans.

Intelsat said Aug. 25 that it had widespread support for a plan of reorganization that would cut the company’s debt by more than half to $7 billion.

The operator is seeking approval from the U.S. Bankruptcy Court for the Eastern District of Virginia for this plan, with a hearing set to begin Dec. 2.

If approved, Intelsat would emerge from bankruptcy as a private company, although an Intelsat official said it plans to become “publicly traded again at some point in the next five years.” 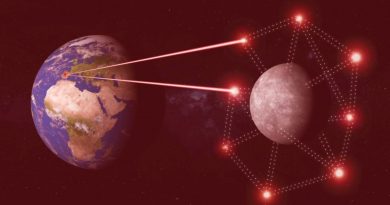