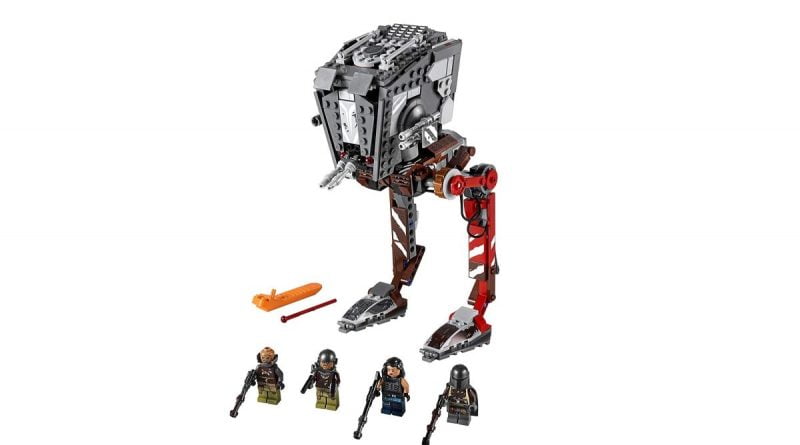 
A famous two-legged fighter and transporter from “The Mandalorian” is on sale at a deep discount.

The AT-ST raider of the popular “Star Wars” series, available on Disney Plus, is on sale right now at Walmart for $39.99. At 20% off, this is a great deal ahead of the release of a new franchise series, “The Book of Boba Fett,” on Dec. 29.

In the “Star Wars” franchise, the AT-ST raider is a close modification of its more famous variant, the AT-ST, that older fans may recall from the older trilogy. (Lego also has a much more expensive AT-AT variant best remembered from the Battle of Hoth in “The Empire Strikes Back.”

The AT-ST was used in “Return of the Jedi” and the raider variant shows up in “The Mandalorian,” so we wouldn’t be surprised to see one or both of those ships again in the Boba Fett spinoff.

Our Space.com review of the AT-ST found that this model is one of the most affordable ways to get the high-demand characters of “The Mandalorian.” The build is a reasonable effort for kids and adults. Although the toy might be difficult to play with, it makes an impressive display piece when all assembled.

The set includes jointed posable legs, a turning turret, two firing shooters and a little cockpit that will allow you to place a minifigure. You have lots of choices with the set when choosing your pilot character, as your options include The Mandalorian (with his very early-show armor), Cara Dune and two Klatooinian Raider minifigures. Sadly, Grogu (aka Baby Yoda) is missing, but you will also get three blaster rifles and a blaster.

At 540 pieces, you are likely looking at putting aside at least a few hours to put this set together, and younger kids may appreciate a bit of adult help. But the result is an impressive, if top-heavy, machine that will sit happily on a sturdy surface.

The completed figure isn’t too large, at 9x5x5 inches (25x15x13 centimeters). Because it’s much taller than it is wide, you might find this a great set for a compact display area or living space because it doesn’t splay out too far.

“Star Wars” vehicles are very popular buys, so be sure to get your purchase done quickly before it wanders away for the year. The AT-ST may be in high demand very soon as the new Boba Fett series drops, so now’s the time to laser focus on making the buy.

Be sure to check out Space.com’s Black Friday space deals, or our guide to the Best Lego Star Wars deals.

Earth’s lower atmosphere is expanding due to climate change