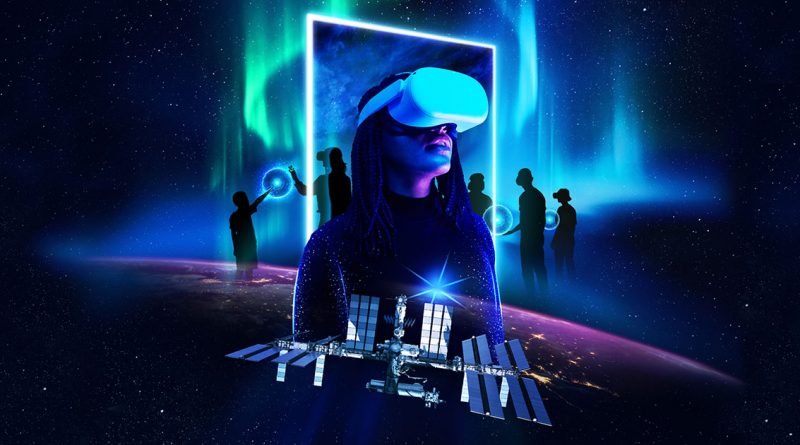 — Houston, home of the training facilities and mission control for NASA’s operations on the International Space Station (ISS), is set to host the U.S. premiere of a virtual and augmented reality adventure to the orbiting outpost.

“The Infinite,” which is set to launch on Dec. 20 just outside downtown Houston, promises an opportunity for hundreds of people at a time to experience what it is like to live and work in Earth orbit. The installation is based on the Emmy Award-winning “Space Explorers: The ISS Experience,” the largest ever media project to be filmed in space, produced by Felix & Paul Studios together with TIME Studios.

“‘The Infinite’ is a 12,500-square-foot [1,160-square-meter] exhibition and inside of that you have a 6,000-square-foot [650-square-meter] free roaming virtual reality experience — and that is a life-size recreation of the International Space Station,” said Félix Lajeunesse, co-founder and creative director of Felix & Paul Studios, in an interview with collectSPACE.

Up to 150 people at a time, each wearing virtual reality (VR) headsets, can walk around the virtual ISS an go inside and outside the space station in “The Infinite.”

“As they discover that environment, they will see floating hotspots that they can activate with their avatar, and that will reveal a cinematic virtual reality scene that has been filmed on the real ISS from the exact vantage point where you are in the virtual ISS. That footage comes from ‘Space Explorers: The ISS Experience,” said Lajeunesse.

Filmed over the course two and a half years using a customized camera rig capable of capturing 3D, 360-degree virtual reality scenes in high definition, “The ISS Experience” is an unparalleled, episodic series that not only introduces its audience to life in space, but gives viewers the sense they have joined the space station’s crew.

“The Infinite” then builds off that multi-part immersive production.

“When you watch ‘Space Explorers: The ISS Experience,’ it’s as if you were watching a film. It’s a narrative experience and you follow, in chronological order, life aboard the space station over a period of two years, going from Expeditions 58/59 to 60/61, up to [SpaceX] Crew-1,” said Lajeunesse. “When you go inside of ‘The Infinite,’ you discover individual scenes or individual shots that have been captured in a geo-specific way inside of the ISS. So some of the material that you will find in there also made its way into ‘Space Explorers: The ISS Experience’ and some material is completely exclusive to ‘The Infinite.’

Visitors to “The Infinite” are invited to explore the ISS as they choose, so different views and different footage may be seen on different 60-minute walkthroughs. Everyone who goes through in Houston, though, will get to see never-before-seen VR footage shot outside of the space station.

“We took the virtual reality camera outside of the ISS to film for five days, including one day where we filmed with two crew members,” Lajeunesse told collectSPACE. “So we filmed the full spacewalk from the moment of egress to the moment of ingress and that footage is going to be shown exclusively as part of ‘The Infinite’ when it gets to Houston.”

Filmed during the first spacewalk to not include either an American or Russian crewmate as part of the team, the VR camera flew alongside two astronauts from the European Space Agency (ESA) and Japan Aerospace Exploration Agency (JAXA) in September. The cam was mounted to the end of the Canadarm2 robotic arm, which was “flown” from ISS Mission Control in Houston through a series of carefully-planned moves and sweeping shots.

“You see the robot arm that is holding you, you see the platform you’re ‘standing’ on when you look down, so you have a sense of scale. You know that because it’s captured in accurate 3D stereo so you can feel that scale. But then, if you look further below, you see planet Earth, and therefore the fact that you have a foreground that gives you a real sense of scale, makes you really experience the scale and the distance of the Earth from from where you are. That is both extraordinarily powerful, beautiful and a little overwhelming,” said Lajeunesse.

“The Infinite” marks the culmination of Felix and Paul’s plans to film on board the space station. That said, it also offers a preview as what is to come next. The studio is now working with NASA to capture the February 2022 launch of Artemis I, the first mission to send a crew-rated spacecraft back to the moon.

“We’re looking at capturing the dress rehearsal and all of the preparations of the spacecraft. We’re going to do that in cinematic virtual reality,” Lajeunesse said. “We want to create a livestream 360-degree event for the launch, as well, that is going to be exciting and allow people to be there in person virtually.”

Tickets for “The Infinite” at Sawyer Yards in Houston start at $29. The installation, which also includes a work by Japanese artist Ryoji Ikeda, runs through Feb. 20, 2022. Houston is the second stop for the PHI Studio touring experience, which just wrapped its world premiere in Montreal in Canada. 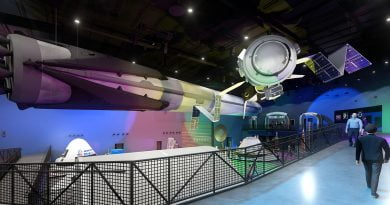