(Inside Science) — Even if life once existed on Mars, we’re probably not going to find any signs as obvious as dinosaur bones or fossilized shells. The red planet’s extreme radiation and hostile climate likely would have destroyed all traces of life discernible by galactic paleontologists — but microbiologists could fare better.

To practice searching for life on Mars, researchers studied rocks from a hyper-arid desert in Chile. The rocks formed during a period of mass extinction 200 million years ago, and they’re similar to Martian rocks that could potentially contain telltale vestiges of life. In a first-of-its-kind study, the scientists used a combination of life-detection techniques to examine sediments and learn the stories of ancient critters and their living conditions. The biomolecules the researchers identified reflect the organisms’ adaptations to the harsh environment they endured.

The international team hopes its multidimensional approach will serve as a road map in the ongoing search for extraterrestrial relics.

“Any advance that we can make on samples from extreme environments on Earth … provides you with clues and strategies to follow when we go to measure on Mars,” said Laura Sánchez-García, an astrobiologist at the Spanish Center of Astrobiology who led the study.

Nestled between the Andes and the Chilean Coast Range, the Atacama desert is the driest non-polar place on Earth, with some regions devoid of rainfall for over a century. The desert houses only the most resilient lifeforms, much like what we’d expect to see on Mars: simple, adaptable microbes such as bacteria.

The study, published in October in the journal Astrobiology, focused on three rocks made of carbonate, a material that preserves physical and chemical imprints of life on Earth and is also found on Mars. The rocks were formed in Atacama basins during the transition between the Triassic and Jurassic eras, which featured one of the greatest mass extinction events and some of the hottest temperatures in Earth’s history — a rocky time for terrestrial beings.

Without fossils to excavate, Sánchez-García and her team investigated the organic material trapped in the rocks. They looked for three biological features that indicate the presence of life: cell membranes, proteins, and immunological molecules. Each of these signatures comes with its own strengths and weaknesses. The cell membranes, for example, are more resistant to degradation but aren’t diagnostic for a given species like certain proteins are.

“It is key to combine all of them to get a more comprehensive reconstruction of the ecosystem,” Sánchez-García said.

After excluding signatures from Earth’s animal kingdom to rule out contamination from the researchers, the analysis picked up only 20 life-indicating proteins, reflecting the limited biological activity during the Triassic-Jurassic transition. The proteins identified were mostly ones that organisms use for stabilization and cell survival in starvation conditions.

“They used that information to say these organisms were under oxidative stress; they were dealing with trying to generate energy in a lean environment,” said Amy Williams, a NASA astrobiologist and professor at the University of Florida, who was not involved in the project. “Those are all conditions we might anticipate life on Mars having dealt with in the past, so it makes this study all the more relevant.”

The researchers extracted fats and proteins from the rocks and analyzed them with mass spectrometers — similar to what the Sample Analysis at Mars instrument does on the Curiosity rover. The immunological detections, however, use an LDChip, a device developed by members of this group that tests for biomolecules using specific antibodies.

“Seeing their LDChip working the way it’s supposed to and identifying these biosignatures from these 200 million-year-old rocks is really exciting,” said Williams, who works on the Curiosity rover team. “It’s another groundbreaking technology that’s going to allow us to search for life beyond Earth in a different way than we have previously.”

With limited space, energy, and funding, Mars missions will have to be picky about the instruments they take aboard, so incorporating multiple techniques requires making these devices more compact and practical.

Although combining all these tests was “a nightmare” for data analysis, Sánchez-García said, the multi-biomarker approach provides the best shot at detecting life — throwing all the tools we can at the hunt. She’s encouraged that her team deduced so much about these organisms from such desolate locations.

“That’s the amazing thing about life — it’s able to thrive and develop in the most extreme conditions you can imagine,” Sánchez-García said. “Why shouldn’t we expect to find something adapted to live on Mars?”

This story was originally published with Inside Science. Read the original here. 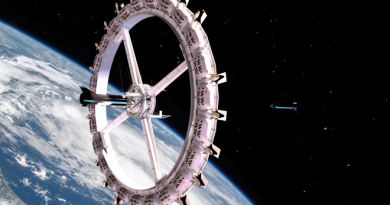 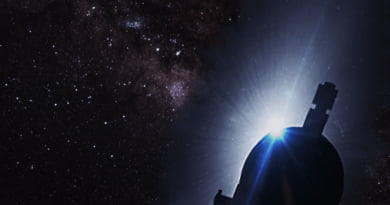 A tiny telescope beyond Saturn might trump giant telescopes near Earth 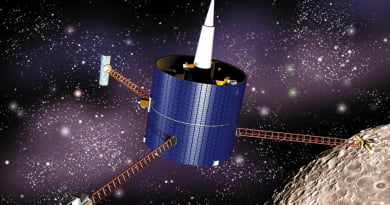