The new trailer for Netflix’s comet-crashing dark comedy “Don’t Look Up” has us very excited.

While Netflix has had some hit and miss success with projects it’s distributed — some of the more dire examples include “Another Life,” “The Cloverfield Paradox” and “Io” — we have thoroughly enjoyed others, including the vastly underrated satire “War Machine” and the epic comedy “Eurovision Song Contest: The Story of Fire Saga.” Check out our guide to the best space movies and TV shows on Netflix for more.

And “Don’t Look Up” has all the signs that it’s going to be a well-written, very funny, deeply disturbing and beautifully observed dark comedy-cum-satire. It is, in essence, a message about climate change and mocks those who willfully, repeatedly scoff at the science. And sadly, that could be applied to a number of things, including the pandemic, pollution, orbital debris and so on.

And if that lot isn’t enough to whet your whistle, the writer and director behind it is the same individual who gave us “The Big Short” and “Vice” And ” Anchorman: The Legend of Ron Burgundy,” Adam McKay.

Related: The Greatest Comet Close Encounters of All Time

According to the official blurb, “Kate Dibiasky (Lawrence), an astronomy grad student, and her professor Dr. Randall Mindy (DiCaprio) make an astounding discovery of a comet orbiting within the solar system. The problem is that it’s on a direct collision course with Earth. The other problem is that no one cares. Turns out warning mankind about a planet-killer the size of Mount Everest is an inconvenient fact to navigate.

“With the help of Dr. Oglethorpe (Rob Morgan), Kate and Randall embark on a media tour that takes them from the office of an indifferent President Orlean (Streep) and her sycophantic son and Chief of Staff, Jason (Hill), to the airwaves of The Daily Rip, an upbeat morning show hosted by Brie (Blanchett) and Jack (Tyler Perry). With only six months until the comet makes impact, managing the 24-hour news cycle and gaining the attention of the social media obsessed public before it’s too late proves shockingly comical; what will it take to get the world to just look up?” 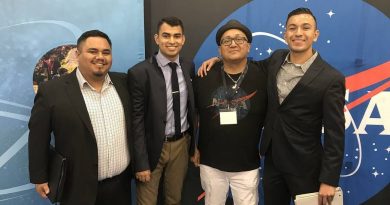 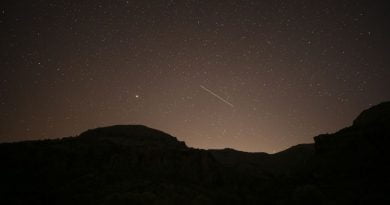 The Leonid meteor shower peaks tonight! But don’t expect to see much. 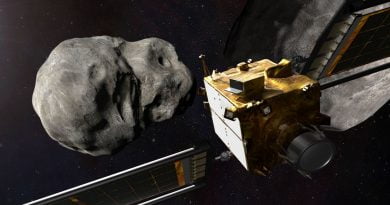 NASA’s DART mission to smack an asteroid launches this week. Here’s how to watch online.