An experimental spacecraft testing solar sails as a means of cost-effective space propulsion that could power future missions to distant places is still riding the sunbeams in Earth’s orbit more than two and a half years after its launch.

The spacecraft, called LightSail 2, is a cubesat about the size of a loaf of bread but fitted with a solar sail the size of a boxing ring: It covers about 433 square feet (32 square meters). This sail captures incoming photons from the sun, just as a wind sail catches the moving air, to propel the spacecraft.

LightSail 2 is a private project of the Planetary Society, a U.S.-headquartered space education and outreach nonprofit organization. But the results of the experiment have already informed the design of upcoming NASA missions such as NEA Scout, Solar Cruiser and ASC3 that will too rely on solar sails, Planetary Society said in a statement Monday (Nov. 15). NEA Scout, one of the “passengers” on NASA’s upcoming moon-bound Artemis 1 mission, will use the solar propulsion technology to leave the moon’s orbit and visit a near-Earth asteroid.

LightSail 2 is not using the solar sail to go to distant places but to simply keep itself in orbit above Earth. The spacecraft is currently orbiting at the altitude of 426 miles (687 kilometers) where the planet’s residual atmosphere causes friction. This friction would under normal circumstances slow the satellite down and pull it back to Earth, but the sail’s power makes up for that. The spacecraft initially managed to raise its orbit using just the solar sail. Now, it is slowly losing its battle with the atmosphere, but this process is happening much more slowly than it would without the sail.

“Thanks to optimized sail pointing over time, altitude decay rates during recent months have been the best of the entire mission,” the Planetary Society said in the statement. “Thrust even occasionally overcame atmospheric drag, slightly raising the spacecraft’s orbit.”

The $7 million mission, crowdfunded by donors and launched in 2019, benefitted from a quiet period in the 11-year solar cycle, which has, however, recently ended. In the past few months, more sunspots have been forming on the sun’s surface and powerful eruptions have been launching huge amounts of charged particles into the surrounding space. These particles, in the form of solar wind, reach Earth where they interact with the planet’s atmosphere, making it thicker.

“Below-average sun activity has kept Earth’s upper atmosphere thin for much of the mission, creating less drag on the sail,” the Planetary Society said in the statement. “That has recently changed, with the sun becoming more active and emitting significant solar flares. The LightSail 2 team believes that this activity is likely now causing higher orbital decay rates than those seen earlier in the mission.”

During its mission, LightSail 2 captured some amazing images of its home planet using its two fisheye cameras, including snapshots of tropical storm Mirinae, which approached the coast of Japan during the Tokyo Olympics in August this year.

The purpose of these fish-eye cameras is to primarily monitor the state of the solar sail. Experts have already noticed some signs that the sail may be suffering from some wear and tear. The Society’s calculations predict the spacecraft should stay afloat for at least another year. 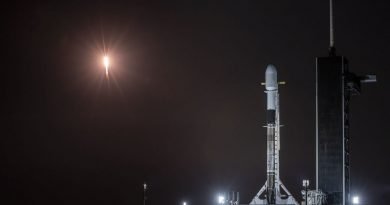