The Beaver Moon partial eclipse will probably turn the moon dark Friday (Nov. 19) even though it’s not a true “blood moon.”

Lunar eclipses happen when the moon passes into the shadow of the Earth and is at least partially covered by our planet’s shadow. At its peak, the Beaver Moon will be 97% covered by the Earth’s shadow, and will be well into the deepest part of the shadow (called the umbra). These two factors should just be enough to let the refracted sunlight from the edges from our planet cover our lunar neighbor in a red-brown hue. But because it won’t be a total lunar eclipse, it’s not considered a real blood moon.

Related: Beaver Moon lunar eclipse 2021: When, where and how to see it

“During a lunar eclipse, the moon turns red because the only sunlight reaching the moon passes through Earth’s atmosphere,” NASA said about the Beaver Moon eclipse. “The more dust or clouds in Earth’s atmosphere during the eclipse, the redder the moon will appear. It’s as if all the world’s sunrises and sunsets are projected onto the moon.”

The event will be visible from North and South America, Australia, and parts of Europe and Asia. If you do have good weather, our guide on how to photograph the moon can help you make the most of the event with your camera. If you need imaging gear, check out our best cameras for astrophotography and best lenses for astrophotography to help prepare for the next eclipse.

Do make sure that you’re prepared to stay out in the cold, as the eclipse will be very long. The partial eclipse phase will last 3 hours, 28 minutes and 24 seconds, and the full eclipse for 6 hours and 1 minute, making it the longest partial eclipse in 580 years, according to Indiana’s Holcomb Observatory. You can view the eclipse with no special equipment, just your eyes.

NASA says this partial eclipse is ultra-long because the moon is almost at the farthest part from the Earth in its orbit (known as apogee), which means the moon is moving a bit slower through the shadow of Earth.

Also, the fact the eclipse is almost total means “the moon spends a longer amount of time in the Earth’s umbra than it would in a ‘more-partial’ eclipse,” NASA stated.

Editor’s Note: If you snap an amazing night sky picture and would like to share it with Space.com’s readers, send your photos, comments, and your name and location to [email protected]. 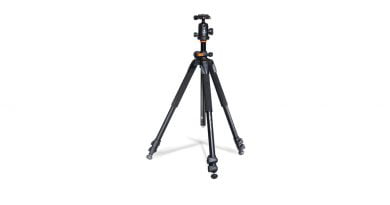