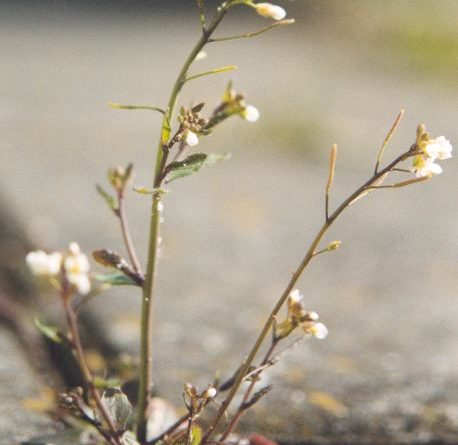 
Scientists are a step closer to breeding plants with genes from only one parent. New research led by plant biologists at the University of California, Davis, published Nov. 19 in Science Advances, shows the underlying mechanism behind eliminating half the genome and could make for easier and more rapid breeding of crop plants with desirable traits such as disease resistance.

The work stems from a discovery made over a decade ago by the late Simon Chan, associate professor of plant biology in the UC Davis College of Biological Sciences, and colleagues.

Plants, like other sexual organisms, inherit a matching set of chromosomes from each parent. In order to transmit a favorable trait, such as pest or drought resistance, to all their offspring, the plant would have to carry the same genetic variant on each chromosome. But creating plants that “breed true” in this way can take generations of cross-breeding.

In 2010, Chan and postdoctoral fellow Ravi Maruthachalam serendipitously discovered a way to eliminate the genetic contribution from one parent while breeding the lab plant Arabidopsis. They had modified a protein called CENH3, found in the centromere, a structure in the center of a chromosome. When they tried to cross wildtype Arabidopsiswith plants with modified CENH3, they got plants with half the normal number of chromosomes. The part of the genome from one parent plant had been eliminated to create a haploid plant.

That work was published in Nature in March 2010, setting off efforts to achieve the same result in crop plants such as maize, wheat and tomato.

Clearing up a mystery

But replicating Chan’s exact strategy outside Arabidopsis has so far proved fruitless, said Professor Luca Comai, UC Davis Department of Plant Biology and Genome Center, who is senior author on the new paper. Recently, other labs have created plants with one set of chromosomes by manipulating CENH3, but it’s not clear how the results are related.

“The mechanistic basis of CENH3 effects on haploid induction was mysterious,” Comai said. There appear to be different rules for each species, he said.

Much of that mystery has now been cleared up. Mohan Marimuthu, researcher at the UC Davis Genome Center and Department of Plant Biology, with Comai, Maruthachalam (now at the Indian Institute of Science Education and Research, Kerala) and colleagues found that when CENH3 protein is altered, it is removed from the DNA in the egg before fertilization, weakening the centromere.

The finding that any selective depletion of CENH3 engenders centromere weakness explains the original results by Chan and Maruthachalam as well as new results from other labs in wheat and maize, Comai said. This new knowledge should make it easier to induce haploids in crop plants, he said.

Additional authors on the paper are: at UC Davis, Anne Britt and Sundaram Kuppu; Ramesh Bondada, Indian Institute of Science Education and Research; and Ek Han Tan, University of Maine.

A 3D ink made of living cells for creating living structures 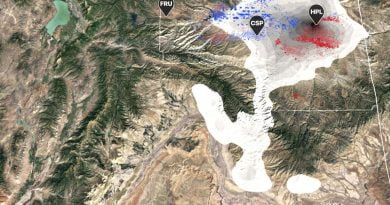