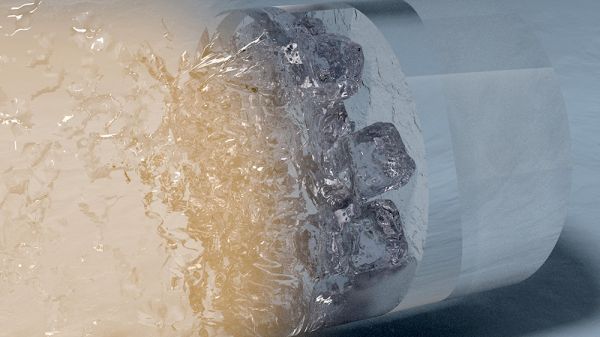 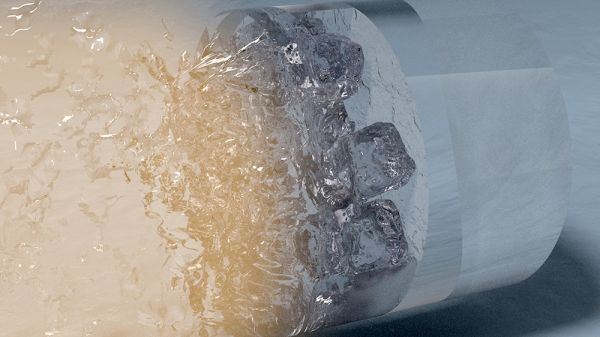 Scientists just squeezed a water droplet between two diamonds and blasted it to star-like temperatures with one of the world’s most powerful lasers. The result was a new and mysterious phase of water.

Called superionic ice, the “strange, black” water exists under the same pressures and temperatures as those at the center of Earth — a fact that could soon help researchers investigate the secrets buried inside the cores of other worlds.

Previously, researchers used shock waves to create this weird ice for just 20 nanoseconds before it dissolved. This new experiment marks the first time that scientists have created stable superionic ice that lasts long enough to be studied in detail. The researchers published their findings Oct. 14 in the journal Nature Physics.

“It was a surprise — everyone thought this phase wouldn’t appear until you are at much higher pressures than where we first find it,” study co-author Vitali Prakapenka, a geophysicist at the University of Chicago and a beamline scientist at the Advanced Photon Source at Argonne National Laboratory, said in a statement.

Liquid, vapor and ice are water’s most common phases, but water molecules can also settle into other arrangements that represent different phases. In fact, scientists have identified 20 phases of water ice — the different ways that bonded hydrogen and oxygen atoms can stack under varying temperatures and pressures.

For instance, ice VI and ice VII have molecules that arrange themselves into rectangular prisms or cubes, respectively. Ice XI flips sides if it’s placed inside an electric field, and ice XIX is brittle and only has its hydrogen atoms form a regular pattern, Live Science previously reported.

The superhot and highly pressurized superionic ice is the 18th phase of ice to be discovered, and it’s one of the weirdest yet. That’s because its oxygen atoms lock into place as they would in a solid, but its hydrogen atoms, after giving up their electrons, become ions — atomic nuclei stripped of their electrons and therefore positively charged — that are free to flow through the ice as if they were a fluid.

“Imagine a cube, a lattice with oxygen atoms at the corners connected by hydrogen,” Prakapenka said. “When it transforms into this new superionic phase, the lattice expands, allowing the hydrogen atoms to migrate around while the oxygen atoms remain steady in their positions. It’s kind of like a solid oxygen lattice sitting in an ocean of floating hydrogen atoms.”

These swimming hydrogen atoms block light from passing through the ice in a predictable way, giving it its black appearance.

A group led by University of Sassari Chemistry professor Pierfranco Demontis first theorized the existence of superionic ice in 1988, and researchers at the Lawrence Livermore National Laboratory in California found the first evidence of it in 2018, Live Science previously reported. By blasting a water droplet with a high-pressure shock wave generated by a laser, researchers achieved the temperatures and pressures required for superionic ice to momentarily appear — and they even measured the ice’s electrical conductivity and glimpsed its structure in the few nanoseconds (billionths of a second) before the superionic ice melted away.

To take more detailed measurements, Prakapenka and his colleagues needed to create the ice in a more stable form. So they squeezed their water droplet with a 0.2-carat diamond anvil and blasted it with a laser. The hardness of the diamonds allowed the anvil to pressurize the droplet to 3.5 million times Earth’s atmospheric pressure and the laser heated it to temperatures hotter than the surface of the sun. Then, with an electron-accelerating device called a synchrotron, the team launched X-ray beams at the droplet. By measuring the intensities and angles of the X-rays that were scattered by the atoms inside the ice, the researchers identified the superionic ice’s structure.

This method gave the researchers a longer time frame — in the microsecond (millionth of a second) range — to observe their ice than the shock-wave experiment had. That extra time meant they could accurately chart the different phase transitions of the water droplet as it morphed into superionic ice.

Further study could help scientists to better understand the ice’s properties and map the conditions under which different ice phases occur in nature. Because free-floating hydrogen ions can create a magnetic field, the researchers wonder if superionic ices are buried in the cores of planets such as Neptune and Uranus, or trapped inside the frozen seas of Jupiter’s moon Europa, which has an icy crust. If so, the ices could play a key part in the induction of the magnetospheres that surround these worlds, or alien worlds beyond our solar system. As magnetospheres are, in turn, responsible for shielding planets from harmful solar radiation and cosmic rays, knowing how and where superionic ice forms could become an extremely useful guide for scientists searching for alien life.

For now, there are many more properties of the new ice to explore, including its conductivity, viscosity and chemical stability — crucial information for predicting where the weird ice might form elsewhere.

“It’s a new state of matter, so it basically acts as a new material, and it may be different from what we thought,” Prakapenka said. 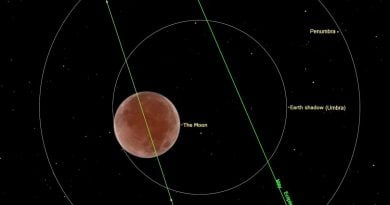 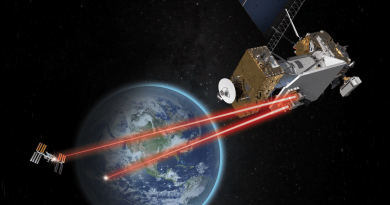