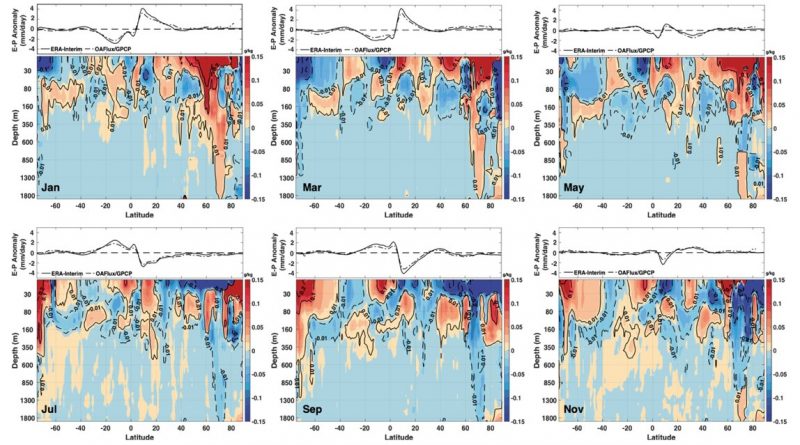 
Salinity is always regarded as a natural water gauge. It plays a vital role in regulating ocean density, stratification and circulation. However, a holistic analysis of subsurface salinity down to 2,000 meters is lacking, and there has been no quantification of the uncertainty in the salinity seasonal variation.

Using new observational salinity and evaporation-precipitation (E-P) products, researchers from China and the U.S. provided a spatially complete look of the seasonal variation of the upper 2,000-meter ocean salinity from regional to global scales, and assessed the robustness of the signals.

Their study was published in the International Journal of Climatology.

The new data showed a robust seasonal variation in global ocean salinity from the surface down to 350m depth that exceeded the observational uncertainty, and in some regions the variation could be detected at 2,000 meters.

Regions with pronounced seasonal variation of sea surface salinity (SSS) included the Northwest Pacific, Northwest Atlantic, tropical oceans and the northeast Indian Ocean. From 5°N to 30°N (20°N to 5°N), the sea surface was fresher (saltier) in the first half of the year and got saltier (fresher) in the second half of the year, because of surface precipitation and evaporation changes associated with monsoons and the seasonal changes in atmospheric circulation.

In the middle and high latitudes, the evaporation-minus-precipitation was mismatched with local salinity changes, suggesting that river runoff, sea ice change and ocean dynamics had a controlling role.

The zonal mean salinity variation showed that SSS anomalies extended down to 40–80 meters and were generally consistent with E-P, indicating that the role of salinity as “rain gauge” extended to a depth of 40–80 meters. Below 100 meters, ocean dynamics played a vital role in salinity changes, which should be associated with the seasonal variation of winds driven circulation variations. Spatially, the concept of the “salinity as rain gauge” did not work well in the coastal regions and polar regions. It is likely that other processes are dominant in these regions.

The new study discloses a notable difference in global SSS variation between Argo-only products and datasets that merge all observations, revealing the insufficiency of Argo network in shallow oceans and polar regions.

“This study highlights the need to integrate multiple instrumental observation systems to obtain a better ocean monitoring system,” said Cheng Lijing from the Institute of Atmospheric Physics (IAP) of the Chinese Academy of Sciences, also the corresponding author of this study.

Parker Solar Probe completes a record-setting swing by the sun 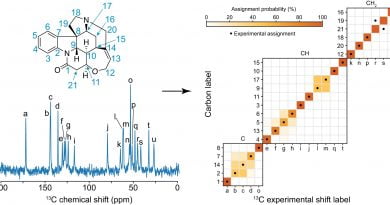