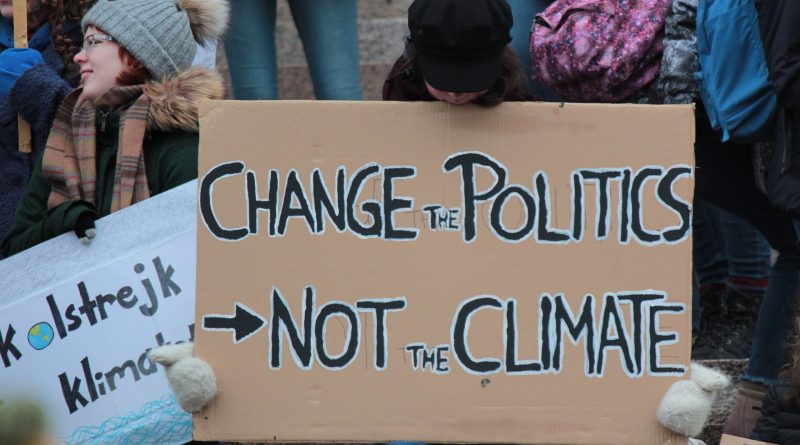 
COP26 has drawn to a close, with mixed results. Some progress has been made since Paris 2015, but the latest projections confirm that we are nowhere near where we should be. As things stand, we are heading for 2.4℃ of warming with disastrous environmental and human consequences that will affect the global south hardest.

Leaders of southern hemisphere nations made powerful and heartfelt appeals about survival at COP26, and the streets of Glasgow have thronged with massive public demonstrations. Yet leaders of the global north failed to answer these calls and satisfy clear public expectations that the climate crisis should be urgently addressed and that large systemic changes are required.

In the coming decade there is an enormous gap to be filled between ambition and action by the largest contributors to global warming if the heating of the planet is to be limited to 1.5℃.

The necessary climate actions over the next decade are often presented as unpalatable disruptions to our way of life and a burden on society. But these actions actually represent tremendous opportunities to improve the health, security and economic prospects of people all over the globe. Can these leaders in the global north afford to ignore the fact that countries north and south have everything to gain from ambitious and swift action?

Looking at the benefits

There is strong evidence and myriad examples that climate actions can have a large number of other positive effects, providing co-benefits to society, particularly for the global north, as has been reported by the COP26 Universities Network, of which I am part.

It is estimated, for example, that reducing air pollution could avoid between 0.6 to 6.5 million premature deaths annually, and reduce the burden of associated healthcare costs forecasted to be $176 bn (£130 bn). Climate actions and policies can also lead to increased employment, productivity, energy efficiency and agricultural yields.

The transition to net-zero requires new “green” jobs in renewable energies but also in most other sectors. The New Climate Institute estimates that reducing emissions by improving energy efficiency of building alone would create 5.4 million jobs worldwide for specialists in this field.

There is also a cascading effect. The London School of Economics reports that a many as 4.2 new jobs could be created for every new “green” job. Environmental regulations necessary to achieve net-zero can enhance productivity by stimulating innovation but also by other means such as improving the health and living conditions of the work force and making gains in efficiency throughout all systems.

In terms of agriculture, reducing air pollution—which is harmful to crops as well as humans—can considerably improve yields. In the US, for example, reductions in air pollution between 1999 and 2019 boosted soybean and corn crops by 20%, worth $5 bn (£3.73 bn) a year.

What’s more, promoting these benefits would be a fantastic way of garnering support for climate actions. First, because these co-benefits not only boost things like health and job creation, but also reduce poverty and inequality. So they are a powerful way for leaders to ensure public support through the transition.

Second, the idea of co-benefits is heartening because it’s a positive slant on a frightening and negative issue affecting us all. Focusing on these spin-off benefits will help galvanize more support for action and achieve critical buy-in from more key players. If others see a legitimate reason to get involved with climate policy, it increases the capacity to make pro-environmental choices immediately and in the future.

This might in turn counterbalance the lobbying power of the fossil fuel industries and free governments from their influence and green-washing campaigns.

Co-benefits also encourage greater collaboration and more integrated ways of working which are imperative in tackling a global crisis of this magnitude. Some cities and local authorities seem to understand this, with networks like C40 making co-benefits central to their climate action plans and toolkits.

The 2020 Carbon Disclosure report, with data from cities around the world, showed that on average, cities which cited co-benefits of climate action reported more than twice as many mitigating actions than cities that did not.

Unfortunately, while local leaders seem capable of embracing and pushing co-benefits to drive action on climate change, global leaders don’t seem to engage with this approach nearly so well. There has been little mention of these co-benefits at COP26 despite a strong emphasis on the health advantages. Yet these benefits are a real opportunity for the global north to act more radically to save the planet for all—and achieve so many gains for themselves in the process.

WHO pens prescription for health at COP26

Provided by
The Conversation


This article is republished from The Conversation under a Creative Commons license. Read the original article.

Citation:
How the spin-off benefits of climate action will improve life for everyone (2021, November 17)
retrieved 17 November 2021
from https://phys.org/news/2021-11-spin-off-benefits-climate-action-life.html 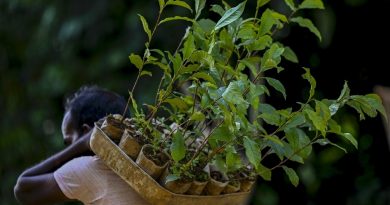 Inspired by art, researchers find the finger snap to have the highest acceleration the human body produces

Can lithium cure what ails the Salton Sea?