Lurking within the Large Magellanic Cloud, approximately 170,000 light-years away, is N44. This cosmic gem is notable not for the nebula’s complexity, massive stars, or glowing hydrogen gas, but for its hollowed-out core. Some 250 light-years wide, the hole, called a
superbubble, is a cosmic enigma.


One theory for the superbubble’s presence is that stellar winds from massive stars at its core may have blown away the gas. But this doesn’t line up with the velocity of the winds measured inside its boundaries. Another theory points to the population of massive stars within the nebula itself. These stars would produce catastrophic supernovae, their remnant shells expanding as they age. Therefore, a series of supernovae may have carved out the gaping wound within N44. However, only one supernova remnant has been identified inside the superbubble so far.


About 1,000 light-years across, N44 glows thanks to its ionized gas, as seen in the Hubble image above. The brilliant blue region to the lower right is the superbubble’s hottest area — where it is experiencing the most intense bouts of star formation. 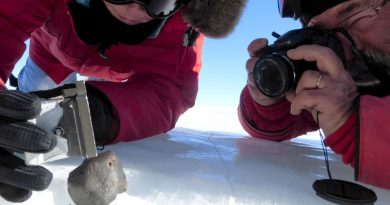 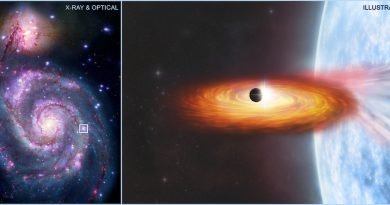 Found: The first exoplanet outside of our Milky Way