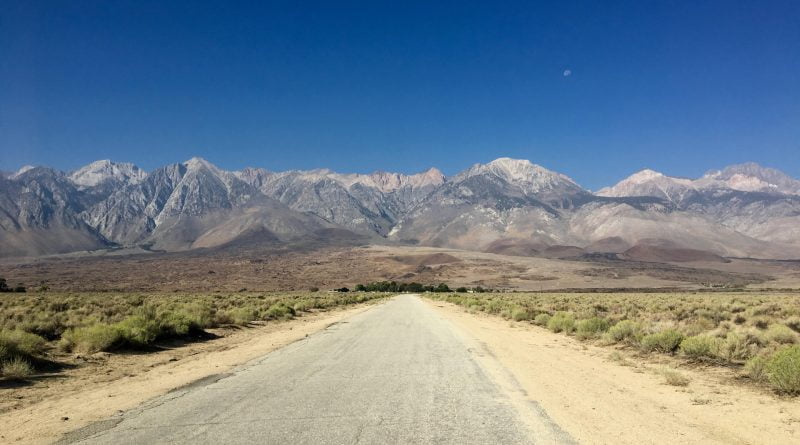 
When geologist Elizabeth Miller started mapping a fault system in Death Valley, she questioned the origin of some sedimentary rocks previously assumed to be locally derived. Now, analysis has revealed where they really came from: central Nevada, indicating that part of today’s Great Basin was the highest land in North America some 40 million to 20 million years ago.

The journey of these sediments southward in river systems draining into the ancient Pacific Ocean tells a story about the history of the Earth and the much-debated formation of the Sierra Nevada mountain range, the awe-inspiring backbone of eastern California that encompasses three national parks: Sequoia, Kings Canyon and Yosemite.

The ancestral Sierra Nevada began as a volcanic chain more than 100 million years ago, a time when dinosaurs still roamed the Earth. New work published Nov. 15 as chapters in a Geological Society of America Special Paper on the paleogeography and topography of the western U.S. suggests that the mountains later “died” – meaning they were dwarfed by a vast plateau—during a region-wide volcanic flare-up about 40 million to 20 million years ago. Then, they were “reborn” about 10 million years ago, lifting to the scenic heights we know today.

“The highest points 40 to 20 million years ago were in central Nevada. Then, basin and range faulting came along and broke it all up, and now the Sierra Nevada is the westernmost or last of those major fault blocks,” Miller said. “As a mountain range, it’s had three completely different histories.”

The findings from Miller and Jens-Erik Lund Snee, who conducted the research while a Ph.D. student at Stanford, propose that the Continental Divide—which is typically considered to be static—went through a progressive shift eastward. The divide, which separates the watersheds that drain into the Pacific Ocean from those draining eastward, remained in the ancestral Sierra Nevada in eastern California for tens of millions of years before moving into central Nevada when the volcanism that started 40 million years ago lifted the Earth’s surface in a south-migrating wave.

The papers describe how the region-wide flare-up of volcanic activity in southern Idaho, Nevada and Utah caused the inland plateau to rise above the ancestral Sierra. That upheaval in the Earth’s mantle and crust created whole new systems of rivers, some of which carried sediment southward, forming the layers that Miller studied near Death Valley with co-author Mark Raftrey, a former graduate student.

“The material from those volcanoes made it all the way out to the Pacific side of the Sierra Nevada—that’s how we know the region in central Nevada where the eruptions occurred was higher than everything else,” said Miller, noting that previous papers charted the ancient rivers that carried the volcanic material. “Our work adds to this previous work in that we argue that the volcanism itself actually caused a big increase in the topography because there was so much hot material coming up from below the continent.”

For tens of million years after the plateau rose, the ancestral Sierra range was “merely the ramp from the high country in Nevada down to the paleo-ocean in what’s now the Central Valley,” Lund Snee said. That was also when much of the famous California gold was deposited in ancient rivers that flowed west from central Nevada out to the Central Valley. Then, beginning around 10 million years ago, the new Sierra Nevada emerged when the western U.S. was chiseled apart by basin and range faulting, which involved uplift and extension – a process that had very little to do with its earlier history, according to Miller.

“There’s been a lot of recent debate about when the Sierra Nevada came up as a mountain range, and our work is suggesting that both prevailing views are right—it’s old and also young for completely different tectonic reasons,” said Lund Snee, who is now a Mendenhall Research Fellow at the U.S. Geological Survey.

When the ancestral Sierra Nevada first arose over 100 million years ago, the mountains marked the edge of the North American continent, bordered by the Pacific Ocean to the west. East of that area, geologists have long thought the Earth’s crust thickened and became unstable, eventually causing the continent to spread apart and form today’s basin and range topography.

But Miller and Lund Snee found that the region east of the ancestral Sierra was relatively low, supported by thinner, more stable crust until the wave of volcanic eruptions 40 million to 20 million years ago lifted the plateau higher than the ancestral range. The eruptions came from dozens of Yellowstone-like supervolcano calderas in addition to hundreds of smaller volcanoes – an event that blanketed some areas with thousands of feet of lava.

The research paints a picture of the topographic evolution of the western U.S., which has been debated since the area was first explored by geologists in the 1800s and flooded by gold miners seeking fortunes in the Sierra Nevada’s western foothills. It also impacts our understanding of how plants and animals evolved and dispersed across the West; in order to understand migration, biologists need a clear grasp of landscape evolution.

The authors refined geologic maps and used radiometric dating of the minerals zircon and feldspar to gage the timing of eruptions and changes in topography. They also revised the ages of previous estimates of elevation and climate from stable isotope analyzes of calcite in sediments deposited before and after the volcanic rock.

“You need to know when things happened and how long it took things to happen to truly understand them in the geologic context,” Miller said. “It’s an evolving story, and as we pick up more pieces, the story begins to get tighter and tighter.” 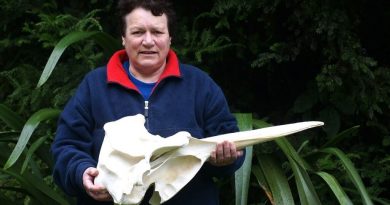 NASA pushes back crewed Moon landing to 2025 or later 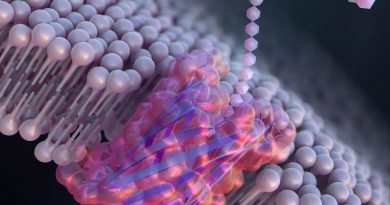 For the first time, DNA and proteins sensed by de novo-designed nanopore