Moroccan environmentalist Mohamed Benata stood taking photos of what should be the mouth of the Moulouya river—but after years of drought and over-pumping, it comes to a halt just short of the sea.

One of the longest rivers in the North African kingdom and a vital lifeline for farmers in the area near the Algerian border, the final few paces of the 500-kilometre (310-mile) waterway are now separated from the Mediterranean by a sandbar.

“It’s the first time ever that the Moulouya has stopped flowing into the sea,” said Benata, a retired agronomist.

“The flow has been weakened by over-pumping of the water. It’s pretty dramatic.”

And as the fresh water of the river recedes, salty seawater is creeping up the groundwaters around the riverbed, spelling ruin for farmers as much as 15 kilometres inland.

Outside the village of Karbacha, Ahmed Hedaoui farms several parched fields, but this year his melons are pale, yellow and deformed.

“Even the wild boar don’t want them,” said the 46-year-old, wearing a baseball cap against the autumn sun.

“Everything’s dead because there’s hardly any rain and the river is salty.”

Seawater can hold up to 35 grammes of salt per litre, while freshwater usually has less than half a gramme—but the brackish riverwater here contains as much as seven grammes.

That has spelled disaster for wildlife in the area, according to Benata.

“The flora and fauna won’t get away unscathed,” he said.

Salt seeping into the soil is an existential threat for Hedaoui’s cousin Mustapha, who is struggling to grow artichokes in a nearby field.

Mustapha was a French teacher who turned to farming, but because of water shortages, today he only farms around a third of his 57 hectares (140 acres).

“It’s been two months now since this field was irrigated with freshwater,” he said.

“We don’t use the riverwater because the salt destroys the soil for years.”

What was the mouth of the river is now also filling up with rubbish, spoiling one of the richest natural reserves in the area.

Hedaoui, like several other farmers AFP interviewed in the area, blamed “bad water management” and an excess of infrastructure, including two pumping stations and three dams along the river.

The second pumping station, which started six months ago in the nearby town of Zaio, can in theory irrigate 30,000 hectares of farmland.

But for Mustapha, it was “the knock-out blow for the farmers of the lower Moulouya”.

Abderrahim Zekhnini, 61, has given up on his family’s 200-hectare farm.

He complains that water pumped from the river is shared unequally, with fruit farmers getting preferential treatment.

But Mohamed Bousfou, the regional director of the agriculture ministry, defends the policy, arguing that dead trees take far longer to replace than seasonal crops.

“Orchards are given priority in water distribution over the vegetable crops, because we are seeing an exceptional drought,” he said.

He also dismissed overpumping as a reason for the salinification.

“Definitely the pumping stations have an impact on the flow of the river, but studies were carried out upstream to avoid any imbalance,” he said.

That could cause stocks of water for irrigation to reduce by a quarter, it said in a study.

But for many of the Moulouya basin’s farmers, the crisis is already here.

“What gets me the most is seeing my children forced to go and find work elsewhere, on other farms, rather than on our own land,” Zekhnini said.

“We’ve been farming this land and handing it down from father to son, but the situation is getting worse and worse,” he said.

“Today all the region’s young people are thinking of emigrating.” 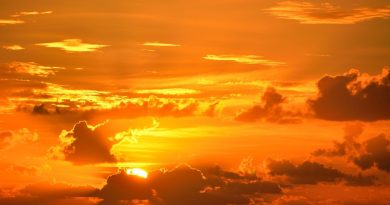