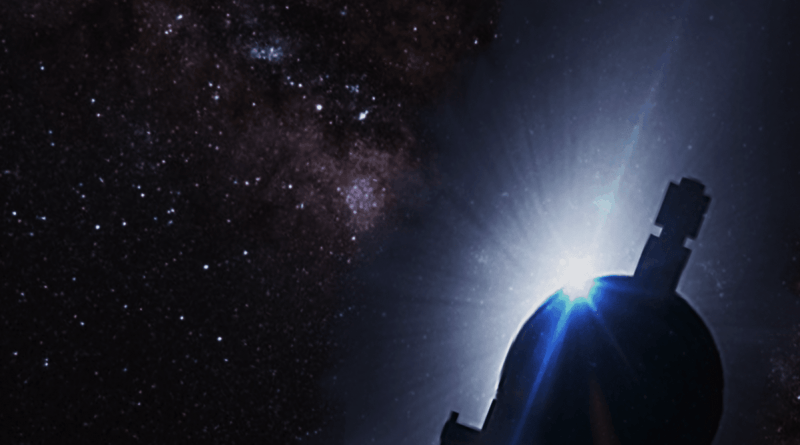 
In 2011, scientists used a camera on the EPOXI mission to the asteroid belt to discover and weigh a Neptune-sized object floating free among stars in the Milky Way galaxy. Only a few rogue planets have been found, but astronomers suspect they are very common and could hold clues to the formation of solar systems and prevalence of planets around stars.

But perhaps the most interesting use for a telescope in the outer solar system would be the potential to use the gravitational field of the Sun itself as a giant lens. This kind of measurement may allow astrophysicists to actually map planets in other star systems. Perhaps one day we will be able to name continents on an Earth-like planet around a distant star.

Since Pioneer 10 became the first human-made object to cross Jupiter’s orbit in 1973, there have been only a handful of astrophysical studies done from beyond the orbit of Earth. Missions to the outer solar system are rare, but many teams of scientists are doing studies to show how an extrasolar telescope project would work and what could be learned from one.

Every 10 years or so, leaders in the astrophysics and astronomy fields gather to set goals for the following decade. That plan for the 2020s is scheduled to be released on Nov. 4, 2021. In it, I expect to see discussions about the next telescope that could revolutionize astronomy. Taking a telescope to the outer solar system, while ambitious, is well within the technological ability of NASA or other space agencies. I hope that one day soon a tiny telescope out on a lonely mission in dark reaches of the solar system will provide us incredible insights into the universe.


This story was originally published with The Conversation. Read the original here.

Cassiopeia A and the elements lurking within it