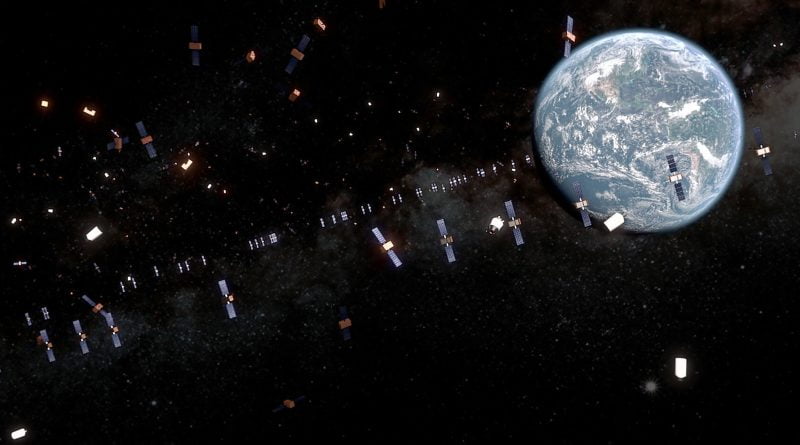 
Yesterday, on November 12, 2021, during the fourth edition of the Paris Peace Forum, actors from all over the world concerned with the rapidly deteriorating state of Earth’s orbital environment have launched the Net Zero Space initiative, calling for ensuring sustainable use of outer space by 2030 by taking urgent steps to reduce the number of space debris.

We welcome this multi-actor initiative and support its ambition in gathering both stakeholders from the space sector and political forces to protect the long-term sustainability of outer space.

As the space market is projected to generate more than one trillion dollars by 2040 (Morgan Stanley), or even by 2030 (Bank of America), we should not forget the costly consequences of unsustainable economic development and unmanaged pollution. Beyond strategic capacities, daily technologies such as telecommunications, GPS tracking, but also financial transactions or cloud capacities rely on space infrastructure and are more and more threatened by the increase of the number of space debris. Development of forthcoming technologies with strong social benefits depending on the viability of outer space, such as space-based solar power, would also be severely slowed if not simply prevented by an excessively polluted orbital environment.

The increase of activities conducted in outer space is making the issue of reducing the number of space debris pressing. There are about 29,600 objects in orbit under surveillance, and much more that no one on Earth can monitor. If Earth’s orbits were to become less traversable, the increase in costs to launch and to operate space technologies would have strong crowding out effects both internationally and among actors at a national scale, at best. At worst, it would simply make outer space inaccessible for mankind.

The protection of Earth’s orbital environment is a key issue for the sustainable development of the space market, for the protection of existing and future assets in orbit but also for the equal access of all actors worldwide to the benefits of earth’s orbit. Each and every one of us, on Earth, is a space user: we believe it is time to mobilize political ressources to address this pressing challenge both nationally and internationally, before it’s too late.

We are looking forward to cooperating with the Net Zero Space coalition to develop concrete solutions to make Earth’s orbital environment safer and foster sustainable use of outer space by 2030.