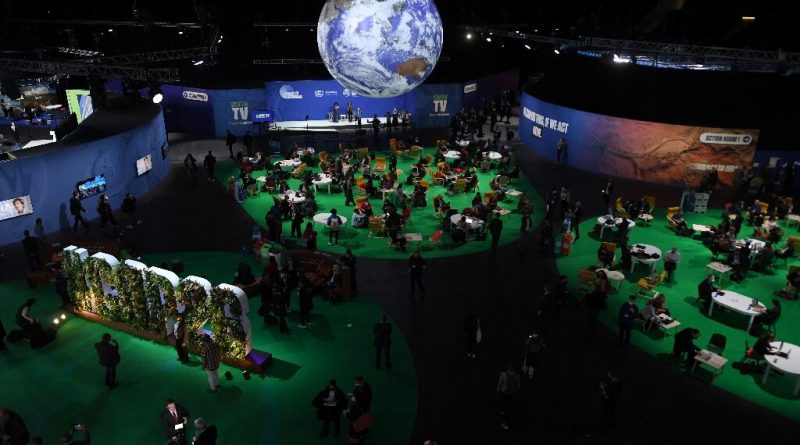 “The world is watching us”, COP26 President Alok Sharma told delegates charged with keeping the Paris Agreement temperature goals alive even as climate-driven disasters hit countries the world over.

The summit began with a bang as world leaders descended on Glasgow armed with a string of headline announcements, from a commitment to slash methane emissions to a plan to save the rainforests.

But progress has stalled in the underlying technical and now minister-level negotiations.

With one day left of scheduled talks, countries are hardly any closer to agreement over whether national emissions cutting plans must be ramped up in the short term, how climate action is reported, and how vulnerable nations are supported.

“The truth is that the atmosphere doesn’t care about commitments,” said Ugandan youth activist Vanessa Nakate.

“It only cares about what we put into it or stop putting into it. Humanity will not be saved by promises.”

They also included a rare mention of fossil fuels—anathema to large hydrocarbon producers but a key ask of the European Union and other advanced economies.

Host Britain says it wants COP26 to lead to commitments from countries to keep the 1.5C temperature cap goal of the Paris agreement within reach.

However, current national emissions cutting plans, all told, would lead to 2.7C of heating.

Negotiations received a shot in the arm Wednesday when the United States and China—the two largest emitters—unveiled a joint climate action plan.

Although it was light on detail, observers said the pact allayed concerns that frosty US-China relations entering into COP26 would derail the talks.

But trust levels between rich polluters and developing nations are low after developed countries failed to stump up the $100 billion a year they promised by 2020.

Finance more generally is holding up progress in Glasgow, with developing nations insisting on more money for adaptation that can help them brace for future climate shocks.

Developed nations meanwhile favour a greater push on emissions reductions, something countries yet to fully electrify their grids—and largely blameless for emissions—feel is unfair.

“It’s not enough to address the issue that we face, but we’re having a completely different conversation now than we had only a couple of months ago. Adaptation has really gone up on our global agenda.”

Countries already battered by climate disasters such as record-breaking drought and flooding are demanding they be compensated separately for “loss and damage”.

Organisers said the draft texts dedicated an “unprecedented” section to loss and damage, but vulnerable nations said it stopped far short of their expectations.

Other issues likely to delay an agreement in Glasgow include a long-simmering dispute over the rules governing carbon markets, and common reporting timeframes.

Lions at Zagreb zoo catch COVID from their keeper