Mercury is currently visible in the pre-dawn sky as it pulls out to greatest western elongation from the Sun on 25 October. This apparition (period of visibility) gives observers a great opportunity to observe the planet’s best showing of the year close to sunrise. Mercury is by far the most elusive of the bright planets as it never strays too far from our star, whether it appears in the post-sunset evening sky, as it did last May, or as now in the pre-dawn sky.

Mercury can be found in the east-south-eastern sky among the stars of Virgo. From the south of England, Mercury lies nearly 11 degrees above the horizon by the onset of civil twilight (when the Sun lies less than six degrees below the horizon) shortly after 7am BST (06:00 UT). The planet lies at roughly the same elevation for the same degree of twilight across the UK.

Mercury’s shyness can be largely be accounted for by its proximity to the horizon, even when it’s best placed. The planet often shines surprisingly brightly, so it can be easy to spot if you can secure a decent view of where in the sky it’s located. For town and city dwellers, the view of Mercury can easily be obstructed by trees and buildings.

Mercury shines brightly at magnitude –0.5 at around greatest elongation, when it peaks in altitude, and goes on to brighten marginally to magnitude –0.8 to –0.9, its peak brightness at this apparition when its visible in the pre-dawn sky. Of course, atmospheric extinction is a menace this close to the horizon and will take the edge of Mercury’s brightness, as will any low-level haziness. Bring along a pair of binoculars just in case if you are planning a field trip to observe Mercury.

Through a small telescope, Mercury exhibits a half-phase like a last-quarter Moon at greatest elongation. As it heads back westwards towards superior conjunction on the far side of the Sun on 29 November, Mercury’s phase will swell as its disc gets smaller.

Mercury remains on show in the pre-dawn sky for the first two weeks of November, although after the end of the first week it lies just five degrees up at the beginning of civil twilight at about 6.30am GMT from London. 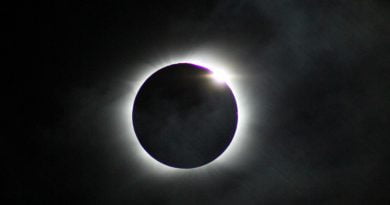 Ask Astro: Does Mars have its own North Star?