WASHINGTON — In-space transportation company Momentus says it’s making progress in implementing a national security agreement that would allow the company to secure the licenses needed for its first mission.

In its first quarterly financial results since completing a merger with a special purpose acquisition company (SPAC) in August, Momentus executives said Nov. 9 they are working on both technical and regulatory fronts toward a first launch of its Vigoride tug on a SpaceX rideshare mission in June 2022.

Momentus attempted to launch its first Vigoride tugs in January and June of this year on other SpaceX rideshare missions, but the Federal Aviation Administration rejected the payload review for the vehicle, citing concerns raised by the Defense Department about the company’s Russian co-founders and owners. That led to an agreement by Momentus to acquire those co-founders’ shares for $40 million and also enter into a national security agreement (NSA) with the federal government to address those concerns.

“Momentus has already made significant progress on NSA implementation,” John Rood, chief executive of Momentus, said in an earnings call. Of the 62 discrete tasks in the agreement, he said the company had implemented a “majority” of them had had made progress on the remaining items.

“While this involves a heavy upfront lift as many legacy IT systems and internal processes are being replaced by new ones, we believe diligent implementation will create a stable regulatory environment around the company and our activities,” he said.

Rood said later in the call he was confident that the remaining work to implement the NSA would be completed in time to launch its first Vigoride in mid-2022. “We feel good about our chances to fly in June,” he said. “We do need to do some additional work between now and then, but overall, we believe we’re on pace.”

The company said it signed a new launch services agreement with SpaceX Oct. 20 to fly a Vigoride tug on SpaceX’s Transporter-5 dedicated rideshare mission in June 2022. That launch, though, will depend on its ability to fully implement the NSA and get the licenses required for the mission.

The company is currently building the Vigoride 3 tug that will launch on that mission. Rood said the vehicle is undergoing “some rework” after system-level tests in advance of thermal vacuum testing. “We expect Vigoride 3 to be fully qualified in the first half of the year, before our planned inaugural launch,” he said.

That mission will largely be a demonstration of the vehicle, although he said it will also carry some customer payloads and generate a “small amount” of revenue. “However, the primary goals of the mission are to test Vigoride on orbit, learn from any issues that we encounter, and take important steps towards establishing the viability of our initial market offering.”

After the scheduled June launch, Momentus projects flying a second Vigoride vehicle in the second half of 2022, pending the outcome of the first flight and ability to secure a launch slot.

Momentus reported $200,000 in revenue in the third quarter, which chief financial officer Jikun Kim said came when a customer terminated a contract and forfeited its deposit. The company had a net loss for the quarter of $5.6 million. Kim said the company has $178 million in cash on hand after the completion of its SPAC merger, which is “sufficient to carry us through to the early part of 2023.” 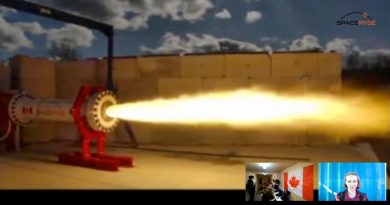 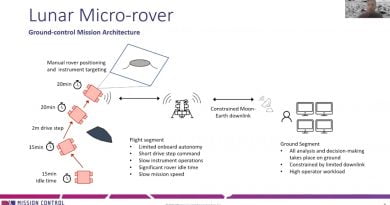 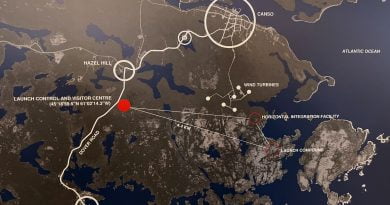