The Hubble Space Telescope peered into the cloudy heart of a dying star, revealing cobwebs of dust and sooty carbon that are seeding the surrounding space with the raw materials for future stars and planets. The star in question, CW Leonis, is a luminous red giant with a carbon-rich atmosphere, the closest such “carbon star” to Earth at a distance of about 400 light years. After running out of hydrogen fuel, the star’s core contracted under the inward crush of gravity until pressure rose to the point that plasma in a shell surrounding the core began fusing. The resulting heat caused the star’s outer atmosphere to balloon outward, blowing vast clouds into space. The intricate inner structure of the visible shells and arcs surrounding CW Leonis may be sculpted by the star’s magnetic field while gaps in the surrounding dust let light slip through like searchlight beacons in a cloudy sky. 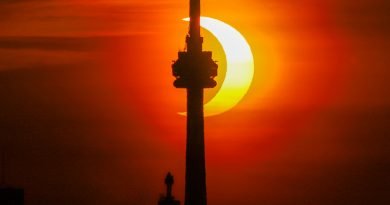