Tune in from Wednesday 10 November at 21:45 GMT/22:45 CET to see ESA astronaut Matthias Maurer be launched to the International Space Station for his first mission, Cosmic Kiss.

Initially scheduled for 31 October, the launch was delayed due to poor weather and a minor medical issue. However, with a favourable forecast and the crew in good health, all is now on track for liftoff atop a Falcon 9 rocket from NASA’s Kennedy Space Center in Florida, USA.

Collectively known as Crew-3, Matthias and his NASA colleagues Raja Chari, Tom Marshburn and Kayla Barron, will travel aboard the SpaceX Crew Dragon spacecraft Endurance and dock to the Space Station around 22 hours after liftoff.

From Earth to orbit

During the journey to and from the Space Station, Matthias and Kayla will be mission specialists, working with spacecraft commander Raja and pilot Tom to monitor the spacecraft during the dynamic launch and re-entry phases of flight.

Matthias’s six-month Cosmic Kiss mission officially begins when he enters the Station, where he and his Crew-3 crewmates will be welcomed by Russian cosmonauts Anton Shkaplerov and Pyotr Dubrov and NASA astronaut Mark Vande Hei.

Cosmic Kiss is the first space mission for Matthias, who graduated as an ESA astronaut in 2018. Matthias will spend approximately six months supporting science and operations aboard the orbital outpost and is expected to perform a Russian spacewalk in support of the European Robotic Arm (ERA) activation, having certified in both the Russian Orlan and American Extravehicular Mobility Unit (EMU) spacesuits.

With a background in materials science Matthias is looking forward to supporting over 35 European and many more international experiments in orbit. These include investigations in human research, biology, materials science, fluid physics, environmental science and radiation, and technology. A few highlights include:

You can also shop the official Cosmic Kiss collection online at the ESA Space Shop. 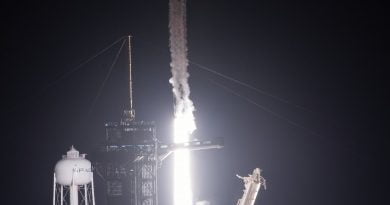 Crew-3 launch to the Space Station