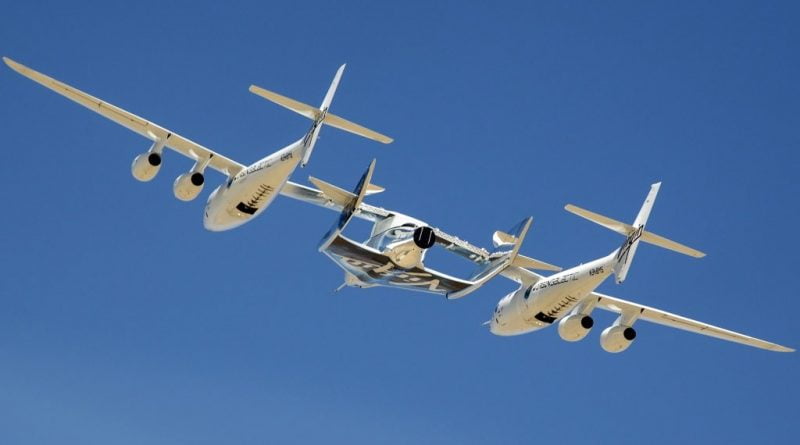 
WASHINGTON — Virgin Galactic executives said they’ve seen strong interest from customers as the company restarts sales of tickets on its suborbital vehicles, even though those customers may have an extended wait until they fly.

The company, in its fiscal third quarter financial results released Nov. 8, said that it sold about 100 tickets at $450,000 each after it reopened ticket sales in August. That brings the total number of customers who have booked suborbital flights to about 700. The new customers paid a deposit of $150,000 each, of which $25,000 is non-refundable.

In an earnings call, Michael Colglazier, chief executive of Virgin Galactic, said the new customers came from a group that previously signed up to be first in line when ticket sales resumed, paying a $1,000 deposit to do so. The company had also seen high demand after its July flight to space with company founder Richard Branson on board, with more than 60,000 people contacting the company expressing interest in buying tickets.

Those initial sales were a test of the process the company will use for future ticket sales, he said, including “reasonably lengthy” one-on-one calls with prospective customers. “The conversion rates from the sales calls to actually committed space flight reservations was very strong,” he said.

Virgin Galactic has a goal of having 1,000 customers when it begins commercial service. “We are very positive and optimistic” about reaching that goal, he said, with the initial round of sales efforts wrapping up by the end of the year before reaching out in the first quarter of 2022 to the larger audience of people who expressed interest after July’s flight.

Those customers, though, will have to wait some time before flying. Virgin Galactic announced Oct. 14 that it started an extended maintenance period for both the VSS Unity SpaceShipTwo vehicle and VMS Eve, the WhiteKnightTwo aircraft that carries SpaceShipTwo. The company said it didn’t expect to begin commercial flights with VSS Unity and VMS Eve until the fourth quarter of 2022.

Colglazier reiterated that timeline in the earnings call. VMS Eve recently flew from Spaceport America in New Mexico to the company’s facilities in Mojave, California, to begin that maintenance work. That work includes modifying the plane’s central wing section and pylon that SpaceShipTwo is attached to, as well as replacing the plane’s horizontal stabilizers and other work on its avionics and mechanical systems.

VMS Eve will be ready to resume flights in the third quarter of 2022, according to a timeline the company provided in the call. It will also, around that time, ferry the first SpaceShip III vehicle, VSS Imagine, from Mojave to Spaceport America for test flights there.

VSS Unity will resume flights late in 2022, starting with a rescheduled research flight for the Italian Air Force previously planned for this fall, with flights of customers resuming before the end of the year. VSS Imagine will be ready for research flights in early 2023, followed by flying customers no earlier than the second quarter of 2023.

Colglazier said the company is holding off on a decision on whether to build the second SpaceShipIII vehicle, VSS Inspire, as it makes plans for a future “Delta Class” line of suborbital vehicles intended for higher flight rates and lower costs. “Our priority is commercial service and scale, and in the immediate term we are directing our resources toward Eve, Unity and Imagine, while simultaneously expanding our engineering team for the development of the Delta Class and next-gen mothership,” he said.

To support that Delta Class development, Colglazier said the company plans to establish a new engineering design and collaboration center in the southern Los Angeles Basin area, separate from its facilities in Mojave north of Los Angeles. This center “will serve as the primary hub for R&D and the design and engineering of our new vehicles specifically the Delta Class spaceships and our next generation of mothership,” he said.

Manufacturing of Delta Class vehicles may also take place away from Mojave because of the additional factory space required to produce them. “We’ve been in contact with multiple municipalities about locations and have received interest from at least three states,” he said. “We expect interest to grow as we estimate we’ll be creating more than 1,000 new jobs.”

Virgin Galactic reported a negative free cash flow of $53 million for the quarter, with $2.5 million in revenue from sponsorship activities linked to the July flight and government contracts for payload services. The company projects negative free cash flow of $85–95 million in the fourth quarter because of upgrade work on VMS Eve and VMS Unity as well as Delta Class and new mothership work. 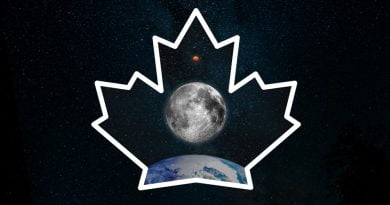 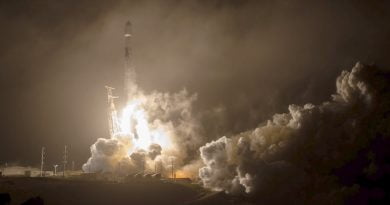