Thawing permafrost in the Arctic is already unleashing methane and carbon dioxide to the atmosphere, exacerbating global temperature rise. As well adding to the climate crisis, this ground, which has been frozen for thousands of years, is becoming unstable and causing serious issues for local communities. For the first time, data from the Copernicus Sentinel-1 and Sentinel-2 missions along with artificial intelligence have been used to offer a complete overview of the Arctic to identify communities and infrastructure that will be at risk over the next 30 years.

The research, published in the journal Environmental Research Letters, describes how the visible traces of human presence, or ‘human footprint’, across the Arctic’s land, which is prone to thaw, has increased by 15% during the last two decades.

Permafrost is frozen soil, rock or sediment – sometimes hundreds of metres thick. To be classified as permafrost, the ground has to have been frozen for at least two years, but much of the sub-surface ground in the polar regions has remained frozen since the ice age.

Permafrost holds carbon-based remains of vegetation and animals that froze before decomposition could set in. Rising global temperatures are causing permafrost to thaw and release long-held methane and carbon dioxide to the atmosphere. This thawing process is also destabilising the ground, affecting infrastructure such as roads, pipelines and buildings.

Annett Bartsch, from b.geos GmbH and member of ESA’s Climate Change Initiative Permafrost Project, said, “We used Climate Change Initiative permafrost ground-temperature trends going back to 1997 and extrapolated them to 2050, allowing us to predict where the temperature of the ground, down to a depth of two metres, will be over 0°C by 2050. We see that 55% of the infrastructure currently located on permafrost and within 100 km of the Arctic coastline – infrastructure on which communities rely – is likely to be affected.”

Developed by ESA and its Member States, the Climate Change Initiative generates robust, long-term global satellite datasets for over 21 key components of the Earth system. Observations from ESA’s 40-year satellite archive as well as current ESA missions, the Copernicus Sentinels and ESA third-party missions all contribute to these datasets, known as Essential Climate Variables.

The map above shows, precisely, areas of visible human presence in percentage of land cover that will be affected.

The research supports the EU’s Horizon 2020 Nunataryuk project, which focuses on Arctic coastal communities. Most human activity in the Arctic takes place along permafrost coasts. Permafrost thaw is exposing these coasts to rapid change, change that threatens the rich biodiversity and puts pressure on communities.

The latest Climate Change Initiative Permafrost time series offers the first circumpolar information on the state of the permafrost and recent changes at a scale of 1 km. It allows for a circumpolar assessment of regions that are prone to change and points to regions where more detailed monitoring is needed to capture impacts at local levels.

For example, this research on human activities in the Arctic reveals that western Siberia, home to much infrastructure associated with oil and gas extraction, will be particularly affected – this can also be seen clearly in the map. 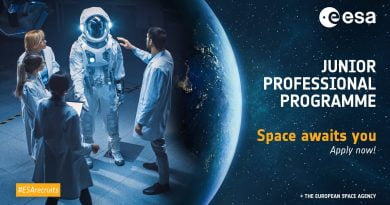